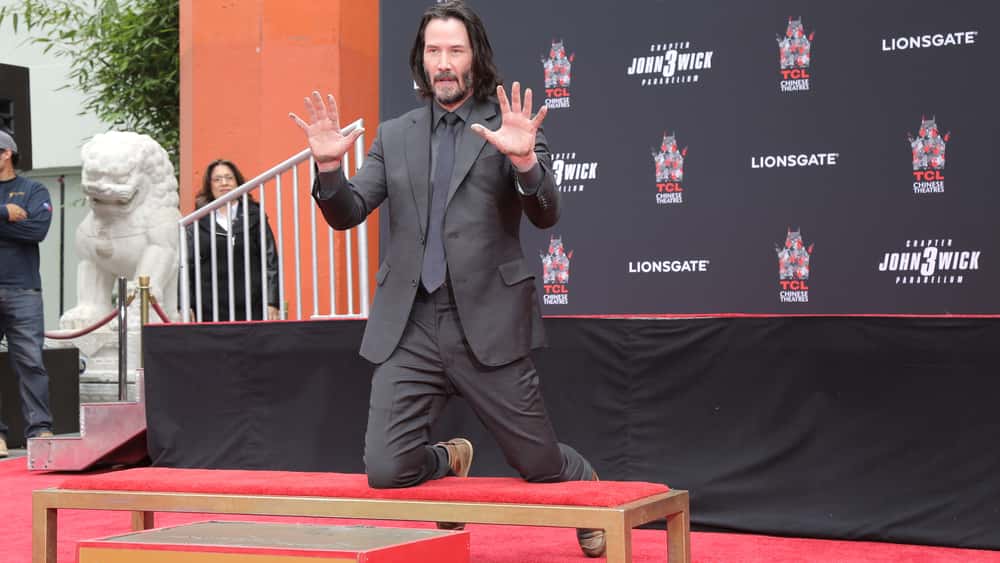 Keanu Reeves had his hand and footprints immortalized in cement in front of the TCL Chinese Theatre in Los Angeles.

Reeves’ most recent film John Wick: Chapter 3 — Parabellum is set to open on Friday and his co-stars Halle Berry and Laurence Fishburne attended the ceremony to support him.

The 54-year-old actor was honored in a ceremony in Los Angeles, celebrating his career and the nearly 100 movie and television roles he has portrayed. Reeves began his acting career as a stage actor in Toronto and eventually scored one of his earliest Hollywood roles in 1986’s Youngblood. Throughout his career he has stared in a variety of films from blockbusters to cult favorites including the Matrix franchise, Speed, Point Break and Bill & Ted’s Excellent Adventure.

Reeves is set to star in a revival of the Bill & Ted franchise and play a role in the upcoming Disney Pixar film Toy Story 4.